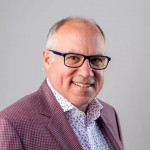 Terry is an accomplished entrepreneur with 30 years of experience in retail and institutional sales. In highly competitive markets, he earned several awards for his portfolio management as a stockbroker, options trader, and fund manager. Terry, and a small group of investors, purchased the IgY separation technology and patents from IRI Separation in 2010 and he became the founding member, President and CEO of IGY Immune Technologies & Life Sciences. He has attracted several high-profile scientists who have seen the opportunity to advance their scientific discoveries using the extraction and purification platform. Terry has brought over $35M in value to the Company since inception, as well as expanding the intellectual property portfolio with several new IgY patent applications. In 2020, he spearheaded the new, state-of-the-art Research and Development laboratory for IGY Life Sciences. He has led the company in its pursuit of new applications that will drive revenue and growth. Terry’s mission is to bring affordable IgY antibodies to the global market by focusing on innovative solutions across animal and human health markets.

Brad is a finance leader with a broad base of experience in finance, accounting, and strategy with particular emphasis on building value.  Brad has a depth of experience in the acquisition, divestiture, and culture amalgamation of organizations across a wide variety of businesses.  Most recently Brad has been involved in software service and manufacturing companies and led the successful refinancing of the organizations.

Brad is a CPA-CMA and holds a bachelor’s degree in economics from the University of Alberta and MBA from Queens & Cornell Universities. Brad is actively involved in the community through youth programs in Alberta and serves as the Secretary/ Treasurer to the World Petroleum Council (Canadian Chapter).